In our Atlanta dental office, we have seen a plethora of patients who have had their oral health issues stem from one common first symptom: bleeding gums. When the gums begin to bleed, it is usually an indicator that proper at-home brushing and flossing has not been followed, and can quickly lead to other problems.

The gums do not only play a role in structure and stability for your teeth and your mouth, but can also be a first line of defense against various other bodily concerns. There has been strong evidence linking not flossing to conditions such as heart disease, diabetes and respiratory issues…just to name a few.

To prevent bleeding gums and further troubles from developing…we must first recognize some of the main causes:

As previously stated, one of the biggest reasons for bleeding gums can be a poor at-home oral hygiene regimen. By not flossing you are leaving over 30% of your mouth uncleansed, allowed tartar and plaque to build up along the gum line. This typically will result in inflammation, swelling and bleeding just from a simple touch. Make sure to floss at least once, and to brush twice daily with a proper and thorough technique to battle the bleeding before it begins.

Having crooked or misaligned teeth may also lead to bleeding gums due to the “strange” angles and perceived extra amount of force you need to put forth to brush hard-to-reach areas. By brushing too rough, and especially with a hard-bristle brush (soft is recommended) you could be doing damage that is easily avoidable. It does not take much force to brush thoroughly, no matter the size, shape, angle or position of your teeth.

Lastly, lack of vitamins C and K can also lead to a bleeding gum issue. While Vitamin K is reproduced naturally in the body, and only be affected if on a long-term antibiotic regimen…Vitamin C can be supplemented by eating more fruits and vegetables, so improve your diet and improve your life!

If you notice your gums bleeding while brushing or flossing, it could be a sign of a more serious issue, and is nothing to ignore outright. Make an appointment at our Atlanta dental office to help diagnose and resolve any and all of your dental concerns. Call (404) 633-9663 today!

PLEASE VIEW THIS ANNOUNCEMENT FROM BRIARCLIFF DENTAL GROUP REGARDING COVID-19 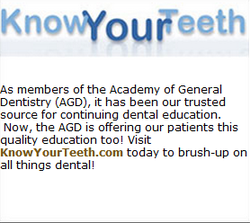 PROCEDURES
See all procedures
CONTACT US
Fill out the contact form below and we will respond as soon as possible
Appointment request
Need an appointment with a dentist in Atlanta ? Requesting an appointment at our Atlanta, GA family and cosmetic dental office is now easier than ever. Fill out the form below and we'll contact you to find a time that fits your schedule. Start your journey towards a beautiful smile with us today!